Recently, three new research studies added to the mounting evidence that the drastic reduction in the bee population is mainly caused by pesticides. This research could not have better timing, with the beekeepers losing on average over one-third of their bees yearly. However, Bayer and other manufacturers are criticizing the studies and fighting regulatory action.

Even though the public relations people in the industry are hard at work, public pressure is being put on federal and state regulators for some decisive action. The co-director for the Pesticide Action Network Heather Pilatic, Heather Pilatic, said, "The weight of the evidence is tipping for neonicotinoids as a critical factor in colony collapse disorder. While pesticides are not the only problem for honey bees, we know enough to act."

This newest research follows a whole year of strong evidence on these pesticides. Last year, three different studies confirmed that fact that even mild exposure to neonicotinoids can make the bees more at risk for infections and death.

With one-anticipated study that was reported in January, there were almost undetectable levels of exposure. In this study, the Italian researchers again proved that one pass over cornfields that were just sown bees can get enough exposure neonicotinoid dust to be toxic. The same exact researchers in 2010 and in 2011 proved that less lethal exposures hamper the memory abilities and learning abilities of the bees.

A Harvard study that was just recently released and appearing in an issue of Bulletin of Insectology the researchers discovered 94% of hives exposed to imidacloprid (a type of neonicotinoid) died. The researchers used high fructose corn syrup to expose bees to the pesticide at levels described as "determined to reflect imidacloprid residue levels reported in the environment previously." 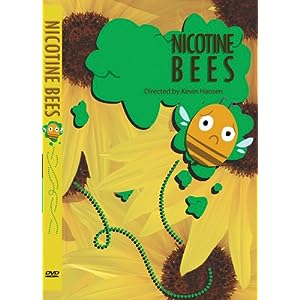 Harvard's press release back in April stated "Bees can be exposed in two ways: through nectar from plants or through high-fructose corn syrup beekeepers use to feed their bees. (Since most U.S.-grown corn has been treated with imidacloprid since 2005, it's also found in corn syrup.)"

As additional scientific evidence comes in, the momentum grows to get some type of regulation to protect the life of bees. Beekeepers and other people throughout the country continue their cry for the EPA to take effective action. With more science to back up the fact of neonicotinoids role in CCD, a cry is becoming louder for this action.

The EPA is at present examining clothianidin. However, it will not be finished until about 2018. However, the bees need help now!